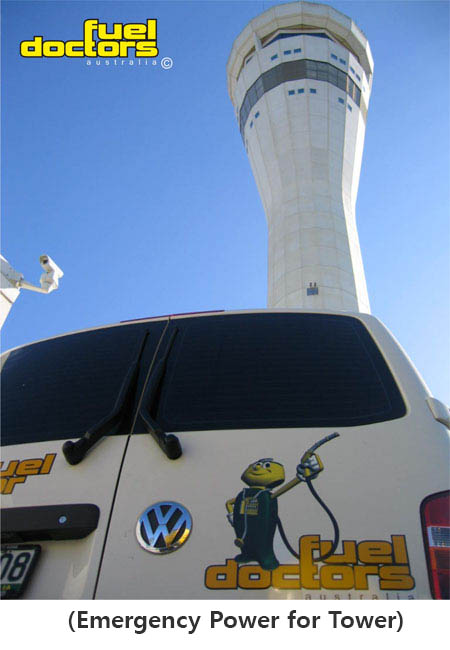 Throughout this time in the CBD, Fuel Doctors have planned and executed numerous tank abandonments or their replacement. Considerable logistical challenges were encountered and addressed. Most notably, the removal and replacement of a 30,000 litre underground tank installed within the footings of the Brisbane Transit Centre. Within the industry, some believed it could not be done as the replacement tank was twin skinned and larger than the failed tank, however with millimetres to spare we achieved our client’s goal of a new, same capacity tank.

The Y2K pandemonium amongst clients also presented Fuel Doctors with logistical challenges which were met, but were ultimately unnecessary. It remains an unparalleled supply planning exercise.

Having evolved and worked intimately within a specialised area of the fuel industry, Fuel Doctors are often approached by consulting engineers, marine, railway and aviation engineers to assist in those aspects of fuel storage or maintenance in unusual or inaccessible locations.

The storage and handling of flammable and combustible liquids is a controlled activity. In Australia there are pieces of legislation which impose obligations upon those who are responsible for the operation of a site where fuel storage is present. In addition there are standards and council by-laws which impose additional obligations. Understanding what these obligations are or where to find them and then working out what applies can be a daunting task.

Fuel Doctors Australia has been assisting both commerce and industry with their legal obligations in this field for over seven years. The range of clients varies enormously from those in a small transport shed to some with thousands of tonnes on the go, to others who store 100,000 litres under a high rise building.

Regulators have field auditors who assess what has to be done and impose time limits by which non-compliant matters shall be rectified. Every day of the week, Fuel Doctors is at a site either modifying or replacing out-dated gear with state of the art safety equipment.

Modern life is more and more shaped by controls. In the fuel industry procedures and policies have been the mainstay for continued safe conduct. Over the last few years, and for a raft of different reasons, safety procedures and mechanical controls have been of increasing interest to our regulators. Everyone who has any responsibility for safety around fuels should have a simular level of interest.

We have expertise in matters relating to:

The safety of your operators

The health of your immediate community

The protection of our environment

The safety of your property and assets

The security of your site

If any doubt exists in your mind about your obligations at the place where you work we are here to help.