The impact of contaminated/dirty fuel is far reaching. Apart from the mechanical damage, consequential losses can be considerable with the net effect likely to leave a large hole in your wallet.

For those with only a basic understanding of fuel systems and the history of quality assurance, the following will be of interest.

In earlier times fuels were supplied by the local produce or general store, and in many places – still are. Oil for heater stoves, kerosene for lights and cooking had all been sold together for many years.

In the ‘early days’ there was not a great demand for petrol – horseless carriages weren’t all that common. The store owner decanted petrol from a 44 gallon (205 litre) drum via a hand pump. The average store could take days or weeks to sell the entire contents of the drum. Measuring kerosene into standardised containers had customers and store owners in agreeance. However, motor cars had different sized tanks and to “fill ‘er up” caused some measurement disagreements.

Petrol engines of the period had rudimentary carburettors that relied on a clean venturi to maintain operating tolerances for their jets. Over time venturis and jets built up deposits that affected driveability. The vehicle owner may have been advised by his mechanic that the cleaning and re-jetting of his carburettor was due to contaminated petrol. So the customer would go back to the store owner and share with the owner the mechanic’s opinion. The driver would seek recompense for the supply of contaminated product and cost of repairs and should that not be forthcoming, then the whole town would hear about this.

Two American wholesale hardware representatives, Mr Tokheim and Mr Bowser, saw an opportunity and decided that the store owners needed a purpose-built  pump with a glass bowl at the very top. The customer and store owner could then agree that the fuel, when looked at through the glass, was bright and clear. The customer could then be assured that he was also receiving his full measure, as indicated by the calibrated sight glass.

The tolerances of those early diesel and petrol engines in comparison with today’s is similar to the difference between a barn door and the eye of a needle. As a boy in the ’60s, the writer lived near a service station and worked as a pump jockey. Mechanics would be observed under a bonnet pouring water into the carburettor with clouds of white smoke engulfing the forecourt. Enquiries as to the nature of this exercise provided the response that the mechanic was de-coking the engine of carbon. As a comparison, today’s common rail injection systems will fail from a thimble-full amount of water.

Internationally, combustion emissions are now set by both the Californian EPA and EU standards. This has resulted in dramatic changes to fuel injection technology for both petrol and especially diesel over the past 10 years, with mechanical injection being replaced by electronic injection driven by computer power.

Locally, fuel specifications have not kept pace with these advances. Some would say that this is why European high performance diesel engines have not been available in Australia. Generally however, storage and site specific quality assurance practices are not keeping pace with the needs of current injection equipment. 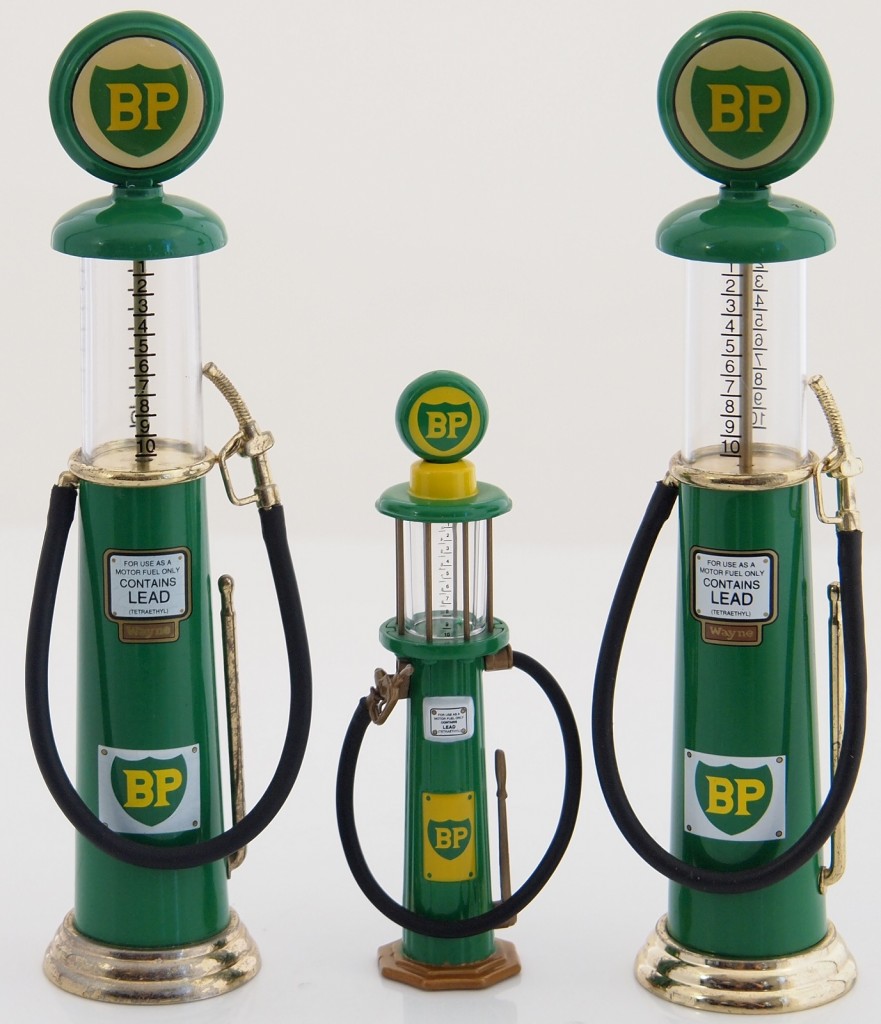 New vehicles are sold with warranties designed to safe-guard the owner against faulty manufactured components or mechanical issues.

At Fuel Doctors, we are often the final call for assistance – thankfully the majority of motorists will not experience the following scenario.

Approximately 10 kilometres into his 100km return journey he pulled over to take a telephone call and noted that the engine was idling rough. On rejoining the traffic flow, he experienced low and erratic power. He nursed the van to his Toyota dealership. After appraisal he was advised that contaminated fuel had destroyed his fuel pump and injectors. Removal and replacement was his only option at a cost of $7,718.70 plus the cost of tank removal for cleaning and flushing of the fuel lines.

David then discovered to his horror that under his 100,000, 3 year warranty, damage due to contaminated fuel was not covered and that he would have to cover the cost himself. He immediately approached his fuel supplier for a product liability claim form which he completed and forwarded. Later he received a telephone call from the supplier advising that their site investigation and appraisal of fuel quality dispensed from that site was within industry specifications and that he must have bought the problem elsewhere. David contacted consumer affairs who advised him that they had no jurisdiction, were unable to assist and that he should pursue the matter through the courts. Meanwhile, David had lost his means of income and now had to find the funds to repair the vehicle and mount a legal challenge that he had little chance of winning. All because on that fateful day he bought worth of fuel from a poorly managed site.

This scenario is played out daily for many of consumers throughout Australia and many more worldwide. From experience, where Fuel Doctor is part of a regular fill regime and contamination is encountered, minimal damage is reported. In many cases a simple flush of the tank with a substantial shock dose of Fuel Doctor will get you mobile again. The contamination will probobly have reduced your pump and injector service life but reduced life is preferable to none. 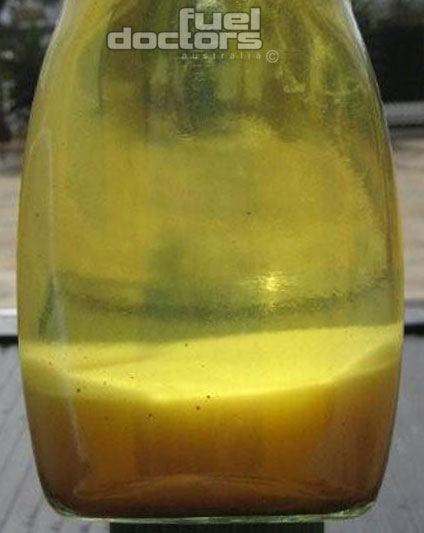 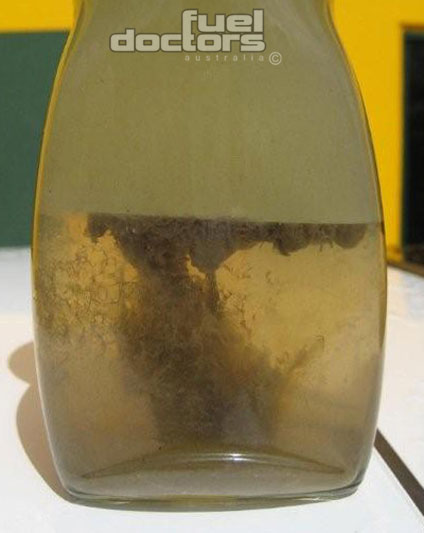 Even the professionals are not immune to the ravages of contaminated fuel. Both the Voluntary Marine Rescue and Coast Guard boats (below) were the recipients of microbial contaminated petrol and recently required Fuel Doctors’ assistance. Whilst working with their skippers they advised that over 50% of their rescues are fuel related. Still-water cruisers that get caught out in rough weather with dirty tanks emulsify the contaminants, in turn blocking filters and cutting power. Changing the filters and bleeding fuel systems whilst brushing up against hot engines in a swell damages your ego and does not endear you to your passengers, especially the wife! 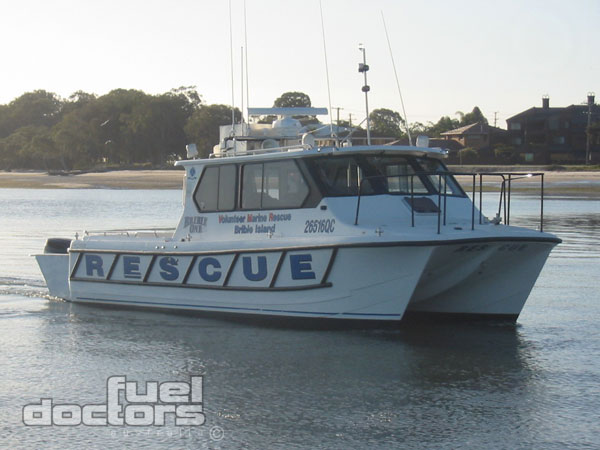 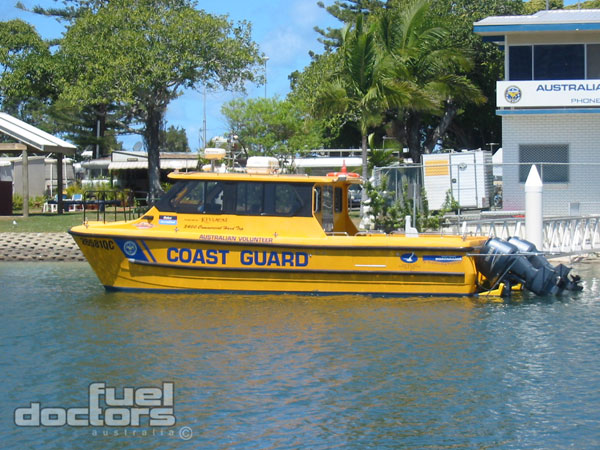 SEE HOW! Fuel Doctor measures up against other leading brands. Click Here.

How does water and rust get through my fuel filters?

HOW CLEAN IS YOUR FUEL?