The main cause of fuel contamination begins with poor housekeeping and the lack of consistent quality assurance systems at storage facilities. 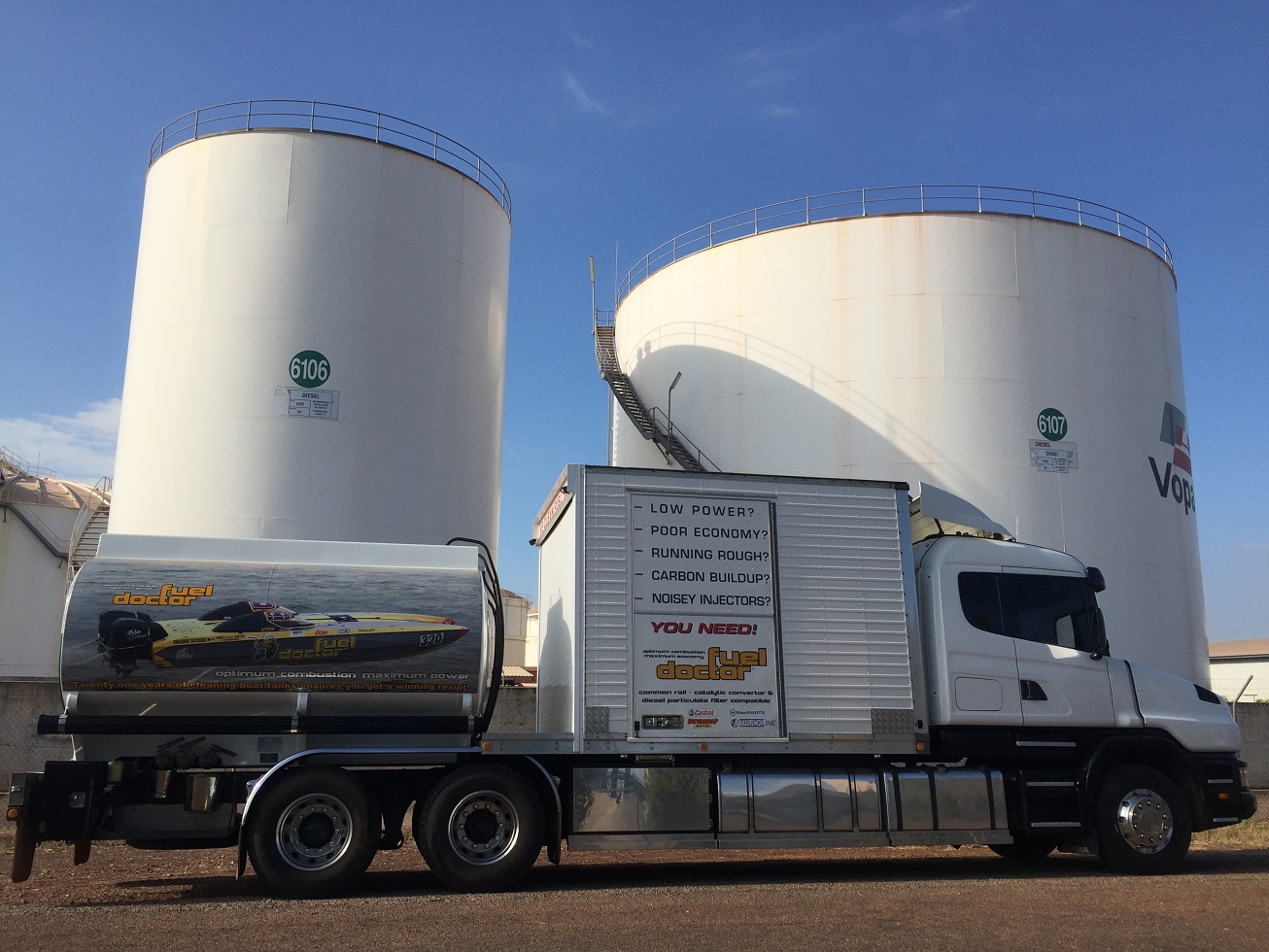 All storage tanks breathe as their air space (ullage) is dispersed by the introduction of new product or the expansion of air due to ambient temperature variations.

These daily variations (expansion-contraction) via the breather also introduce hundreds of air borne spores and condensation into the tank.

Combining moisture, spores, silts and hydrocarbons is a recipe for disaster.

Leading specialists in fuel contamination explain that the fill points for diesels or petrols into a UST is via a 100mm drop tube, fixed to the tank bottom (minimising static and foaming). Tanks are 2.5 meters in diameter and a meter underground, the incoming fuel is falling from five meters of head at 800 to 1,000 litres per minute stirring up any tank bottom debris. 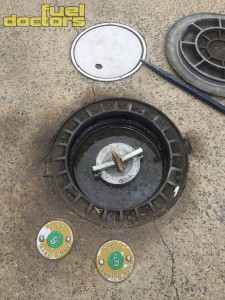 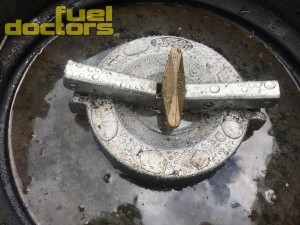 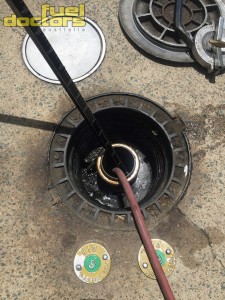 With dished ends to assist the mixing process of contaminants into the fuel, an emulsion is created, this emulsion can take many hours to break (ambient temperature dependent) and drop below the suction stub located 50mm from the tank bottom.

In recent times these contaminants have been ably assisted in their emulsion forming process by the introduction of ethanol and bio- blends of diesel at differing ratios (Government legislated).

The air and waterborne spores attracted to, or inadvertently migrating into hydrocarbon storage systems, derive oxygen from free or emulsified water and convert minerals and trace elements within the fuel from which they feed and excrete.

Dense (sticky-slimy) mat’s of fungal material at the diesel water interface were the norm until the demise of lead in petrol during the mid 1980s, the lead had controlled the fungal growth and now for the first time it was appearing in all petrol, even the expensive high octane and premium fuels.

From 1906 until 1986 you could avoid purchasing emulsified (contaminated) fuel by observing the brass impellor or coloured balls floating around the sight glass on the side of the dispenser, for 80 years your quality assurance was assured by that sight glass, the removal of that simple mechanism now costs fuel consumers many thousands of dollars in down time and un-recoverable costs in damaged fuel pumps and injectors leading to incomplete combustion, damaged catalytic converters, increased fuel consumption and most importantly increased exhaust emissions.

Diesel engine technology has advanced more in the past ten years than all of the previous ninety, providing many operating efficiencies, decreased consumption and decreased emissions; however this rapid advance has not been matched in the servicing and repair networks of the major pump and injector manufacturers.

This state of the art technology encompasses direct and common rail injection; the common denominator for both is the fuel rail that provides a constant supply of fuel to and from the tank for the injectors to inject and acts as their cooling medium, on return to the tank at engine temperature the hot fuel will increase the growth rate of the fungal material.

As a consequence of increased injector line pressures (up-to 40,000psi) and extremely tight tolerances for pump and injector operation the requirement for high quality clean fuels to prevent premature failure has never been more important, and with the majority of UST’s being black steel and twenty to thirty years old you are playing Russian Roulette with your fuel system every time you fill.

Prior to the 1980’s Service Stations/Truck Stops relied on service to attract customers and keep them by checking your oil, water, cleaning your windscreen and pumping the fuel for you, advise on service requirements i.e. oil, brake changes etc. quality assurance for this type of operator was paramount as the main reason for a customer’s visit was fuel from which he derived servicing works.

When the corporate entity moved in it shut the service section, turning it in to a mini supermarket, installed computer consuls and directed you to look after the fuel filling and general servicing of your vehicle yourself.

You are now dealing with an entity whose main focus and income comes from the shop and not the fuel, they discount their fuel to attract you, thus minimizing the margin that was spent on preventative maintenance and maximizing their shop profit.

Is it any wonder that when you have a complaint in relation to fuel quality they look at you in amazement or fob you off insinuating that you are obviously not of your full faculties, because no one else has complained, not appreciating that when you filled earlier in the day it was either as a road tanker was re-supplying the UST or shortly there after and that there were no others filling at that time.

It should be noted that a vehicle can ingest contaminated fuel over a substantial period of time before it becomes a catastrophic failure, consequently the final contaminated fill is the straw that breaks the camel’s back, the final indignation is the console operator’s retort that you must of purchased contaminated fuel elsewhere and your current purchase has stirred it up.

If you have hours of telephone and email time to waste, try and get some sense or refund. During the 2007-2008 reporting period for one of the major fuel retailers there were 1,750 contaminated fuel complaints Australia wide resulting in catastrophic failure, with only five acknowledged and settled in the consumers favour.

It may come as a surprise to discover that fuel systems are not covered under Original Equipment Manufacturers (OEM) basic or extended warranties and with limited repair expertise, a failure due to contaminated fuel consumption, can result in repair costs (remove & replace) of $10,000 plus for the average SUV and many times that for a substantial piece of plant or equipment with zero recourse or financial assistance from the contaminated fuel supplier.

Fuel is manufactured to the appropriate Government Legislated Standard and quality assured from refinery, tank farm to the distribution terminal and into the road tanker,

The very instance it hits the bottom of the storage tank the quality assurance responsibility passes to the site owner or manager, who invariably is managing multi franchised sites with consul operators who like himself has a degree in flavored milk, cigarettes, phone cards and confectionary.

Commercial operators are not that much smarter, operating on tight margins they are predominantly reactive managers who only deal with contaminated fuel issues when their plant and equipment is failing around them. It should be noted that with the advent of low Sulphur fuels the introduction of ethanol and bio-fuels combined with the previously discussed elements, even operating on contaminated fuel every tenth fill of fuel will decrease injector pump and injector service life by one to two thirds.

With the American and Australian Institute of Petroleum’s (AIP) mantra being that any less than 25mm of containments in a storage tank is acceptable, is it any wonder that quality assurance standards are being compromised so easily, the demise of the customers visual quality assurance medium (sight-glass) has made contaminated fuel a fact of life for 10 to 15% of fuel consumers everyday of the week.

When was the last time you drove past a Fuel Stop, Truck Stop or Marina and saw a sign saying “sorry we are closed as we are cleaning our tanks”, if your answer is never, you will appreciate the importance of Fuel Doctor Fuel Conditioner ©.

How does water and rust get through my fuel filters?

HOW CLEAN IS YOUR FUEL?