Detergents are not just for washing clothes and dishes, they are a very important attribute to the quality of your fuel.

For carburetted petrol engines the deposits were gums which could be reduced by kerosene based fuel treatments and combustion chamber deposits which were rectified by a regular de coke at specified service intervals.

For Diesel engines with direct injection the issues with deposits were injector nozzle coking and bore glazing.  Both could be fixed by running the engine hard to clear the deposits; but this does not work with modern common rail systems.

The introduction of electronic injection with port fuel injection in petrol engines and common rail direct injection in diesel engines produced more areas where deposit formation can cause problems by restricting fuel flow and fuel atomisation. These problems can be addressed by the correct detergent additive addition to fuels and has resulted in premium fuels with different levels of detergency being made available. Combustion engineers agree detergency extends injector life.

Our problem is that detergent inclusion in fuel is not mandated in the Australian Fuel Standard nor is it regulated as it is in America where the detergents are added at the refinery, detergents in Australia are added at the terminal to varying degrees, unbeknown to most people there are six tiers of petrol distributed from terminals that have varying degrees of detergency starting at 0 with no detergency and six with the most.

Automotive diesel only has two tiers regular (truck diesel) and premium (Ultimate-Vortex etc.)  truck diesel may or may not have a very small amount of detergent but premium diesel will definitely have some and some is the operative word, you see not one of the fuel companies will tell you or me how much detergent is actually added to any of its petrol’s or diesel, this is their marketing secret.

In March 2017 Issac Bober of Practical Motoring in his expose “Dirt Busting Fuel… Fact Or Fiction” posed the pertinent question to BP’s Fuel Marketing Manager Ryan Wade in relation to empirical data from testing of various tiers of detergency, his response: BP only releases its test results and the make-up of its fuel if required by a Court.

This highlights the fact of who you can trust to include the appropriate amount of detergency in the fuel you buy. Fuel Doctor is Australia’s preferred detergent based fuel conditioner, adding one millilitre of Fuel Doctor Fuel Conditioner per litre of fuel takes the guess work out of the equation and allows you to quality assure each and every tank of fuel you buy knowing that detergency, lubricity and moisture/microbial control are in your hands and not someone who needs a Court Order.

Diesel Lubricity, the truth and nothing but the truth. 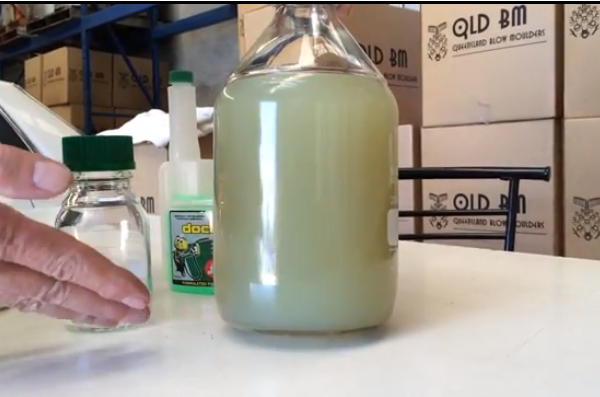